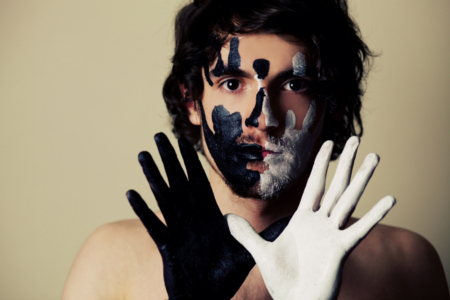 Well, in short, things have been pretty crazy. The release of Blight & Blossom went so well and exceeded my own expectations. Within a week, a new order was sent for pressing; whereas digitally it reached the top 10 of the iTunes singer/songwriter chart. I’m currently just past midway through the Autumn tour and sitting down to watch a bit of Sky Sports ahead of a days rehearsal with the Albion Band.

At the beginning of the month, I was asked to write a blog entry for Properganda magazine, owned by Proper, who ditributed Blight & Blossom, it is about my influences and ‘muses’. So here it is, hope you enjoy reading it…

“Hailing from a musical background, music (in particular folk music) was always a strong part of my upbringing, whether it was being dragged along to *insert rural Derbyshire village* folk club, with Mum; or making the annual journey down to Cropredy Festival hosted by the evergreen Fairport Convention, with Dad. In hindsight I suppose this did nothing but serve to push me somewhat away from traditional English music. As one knows, it is CATEGORICALLY uncool to share tastes with one’s parents (or so my early-adolescent logic told me). I, therefore, found solace in the mainstream Indie music of the mid ‘noughties’, admittedly not a musical landscape-shifting scene.

“By the time I hit 17, a sense of vitality was restored to my guitar playing as I discovered the techy, percussive open-tuned playing of Andy McKee, Preston Reed and Trace Bundy among others. It hit me like a ton of bricks even though I’d been playing since I was six, beginning with classical music and progressing further to the dark side with steel strung acoustic.

“With a fresh set of tunes and tunings I was taken down to Sidmouth 2009 with Mum and Dad (both of whom were playing I think) and got up to play with family friend and melodeon maestro Simon Care. I played Drifting, originally by Andy McKee. It’s a percussive, tapping piece, which, to my surprise, went down pretty well. I suppose it was a break from the plethora of traditional English tunes on show. Backstage my Dad introduced me to a guy wearing Hi-Tops. This excited me greatly as I had, until that moment, never seen such a command of contemporary fashion at a folk festival. Dad said he was an interesting guy and I should see him live if I had the chance. So we got chatting and he said his name was Jim Moray. Later that night he and his sister, Jackie Oates had an informal get-together/gig (I believe it was billed in the Sidmouth programme as a ‘soiree’) and he kindly invited me along to do a couple of numbers.

“So I went along not really knowing what to expect, as my knowledge of the folk scene at the time stretched only to floor singers at assorted folk clubs in the vicinity of Chesterfield, and Cropredy headliners (surprisingly that year neither Stevie Winwood nor Nik Kershaw delved into their extensive back catalogues of 17th century English ballads). No sooner had Jim Moray sung the first line ofHenry’s Downfall backed by a Fender Telecaster and a Line 6 DL4 looper pedal, than I realised that the next few years of my life were to be surrounded by tankards of real ale, hankies and beards. Ironically, the ‘eureka moment’ was provided by a set of people who were the very antithesis of that image, yet shared the same passion for keeping traditional music alive and relevant. Despite my best efforts to avoid it, folk music had caught up with me.

“I had received two doses of inspiration in the space of about three months with my discovering the new generation of English folk musicians and the great percussive and technical guitar players of the 21st century. Whether my music differed to theirs or not was beside the point, they were inspirational and provided the impetus for me to stay in and play my guitar or go out and sing songs.

“Three years on and I feel a real part of the English folk scene. I have been fortunate enough to play at some of the biggest festivals and clubs on the scene, and to be nominated for the BBC Young Folk Award back in February. My debut album has been, well, 20 years in the making and is scheduled to be out next week. Despite there being only one trad number on the record, so much of the essence of my songwriting and guitar playing has been shamelessly gleaned from the folk circuit in England.

“Last year, in the truest sense of folk traditions, my Dad asked me if I would like to take up the mantle of The Albion Band, a relative institute of the English folk scene. I accepted, fully accepting that it was a move that would ruffle feathers and hankies, but our first record was released to critical acclaim. I’m very excited to get back with the rest of the gang to work on the second record and hit the road again in November. Having this grounding in English tradition has also been a real blessing for me in the sense that it allows me to explore other areas as a solo artist.

“Just this morning I drove to the post office with an all-too-familiar red slip, to collect a package that was too big for the letterbox. As soon as the guy handed it over to me, my face lit up. I knew instantly it was a pristine copy of Jackson Browne’s For Everyman. When I got home I immediately stashed it above Warren Zevon’s Excitable Boy and proceeded to sort out my pedal boards. The great West Coast songwriters of the 70s are my main influences right now; I am similar to most people in that my tastes span different genres and ages. This, however, does not detract from or colour my English roots. True, I’m flying to Atlanta in December to plan recording a project with Rebecca and Megan Lovell (the prodigiously talented sisters of American roots
rock group Larkin Poe), but my input to these ‘Transatlantic Sessions’ of sorts will be driven predominantly, I imagine, by a thumb pick heavy guitar technique effectively stolen from Martin Carthy and Nic Jones, and a balladic style of storytelling learned from, well folk ballads (both trad and modern).

“No matter where in the world my musical compass takes me, I have ingrained in me the very spirit of Albion. Instilled initially, I suppose, by my parents, but drawn out of me by the new generation of folkies. I’ll never forget that night at Sidmouth 2009 and my fingers won’t either. Even when I’m trying to keep up with David Lindley’s playing on Browne’s post-Vietnam masterpiece Late For The Sky, (a genuine pastime of mine), my thumb will periodically throw in those intrinsically English drones on the bottom E string. You can take my ears out of folk, but you can’t take folk out of my ears.”