As some of you will be aware, I am about to be the recipient of a very special gift. My new signature acoustic guitar is being shipped over in time for the NFAI 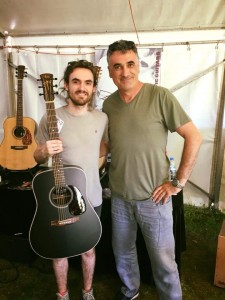 album tour in at the end of the month, and I thought it would be fun to document how it all came to be.

Whilst touring Australia back in March, I met my friend Shoma Subotic (shomaguitars.com.au), a brilliant luthier who had a stall at Port Fairy Folk Festival (incredible festival), the first stop on the tour. We actually met in unfortunate circumstances. The night before was my first set at the festival and, fresh off the flight, my acoustic guitar was playing up. There was significant interference on the DI signal, rendering it useless and I ended up playing my Gretsch (electric guitar) for the whole of the solo set, hardly ideal… Bearing in mind, this is in the wake of Juve doing Spurs over in the Champions League the night before (in my 26 years I’ve never taken a defeat harder than this one, let me know if you want a blog on this too). It was not the best time to fall victim to the gods of festival-stage-technical-failures, and powerful gods they are, too. 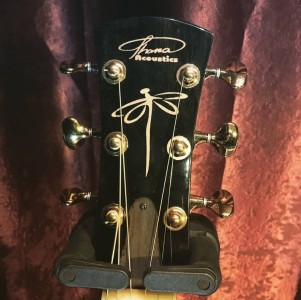 So I was, essentially, looking for a replacement guitar for the rest of the festival, and potentially for the whole tour. A member of the production team introduced me to Shoma and I played one of his dreadnoughts to see whether it would work. I very rarely play dreadnoughts but I liked this one a lot. It would certainly do as a replacement or backup. Myself and Shoma immediately got on very well, he told me he was a refugee from the Balkan Wars in the 90s – Sarajevo if I remember correctly – and he had come to make a new life in Australia some 30 years ago. All he asked in return for borrowing the guitar was toacknowledge him onstage, which I was obviously more than happy to do.

The festival was a great success, Port Fairy really is a special place. In the end, we managed to sort the problem on 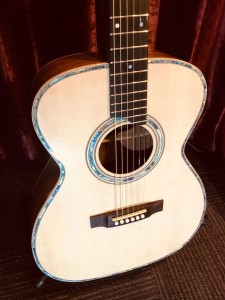 my original acoustic and normality was resumed. Shoma then turned up at my Melbourne gig a night or two later with a proposal. He had sold the guitar I had ‘marketed’ at Port Fairy and intimated that the relationship had been, at least somewhat, symbiotic. He told me he really liked my playing (the man’s deaf) and asked whether I would consider playing one of his guitars back home. Of course, the idea of that was very pleasant, but the financial reality was not so. Handmade instruments are super expensive and, although Shoma’s guitars are very reasonably priced, it’s still a lot of money for an independent musician living in Landan Tahn (who already has an arsenal of instruments). He then insisted that it would be a gift to me, and that we could spec it out exactly how I wanted, as it would be a BD signature guitar! I’m sure you can imagine, this is dreamland stuff for a guitarist. 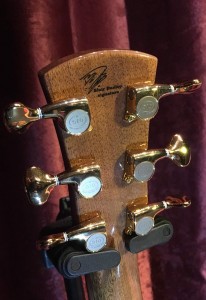 We went for an OM/OOO style body with a spruce top with mahogany back and sides. My main acoustic is a rosewood jumbo, I’ve been thinking about another mahogany acoustic for a while and Shoma recommended it for balance as we took everything into account. Ebony fretboard with a 14th fret neck join in case I want to venture to the dusty end. Anything to not exacerbate my irrational distaste for cutaways, I guess. He fitted it with an LR Baggs Element undersaddle pickup (with which I’ve had only very positive experiences – see: my good friend Jack Carty’s Gibson) and finished it with some stunning inlay. It’s also got my signature on the back of the headstock which is a lovely, if slightly surreal, touch.

Anyway, we spoke on the phone this morning and he told me that it’s ready to ship over! I really can’t wait to get my mitts on her and give her a good spanking… Musically, of course 😂 You’ll be able to see us both in a few weeks, get your tickets from my shop! It would be amazing to see as many of you as possible on the tour 🙂 Thanks for sticking with my rambling and making it this far. Go and check out Shoma’s work, he’s a fantastic instrument maker, but more importantly a fantastic guy. I want to thank him from the bottom of my heart. 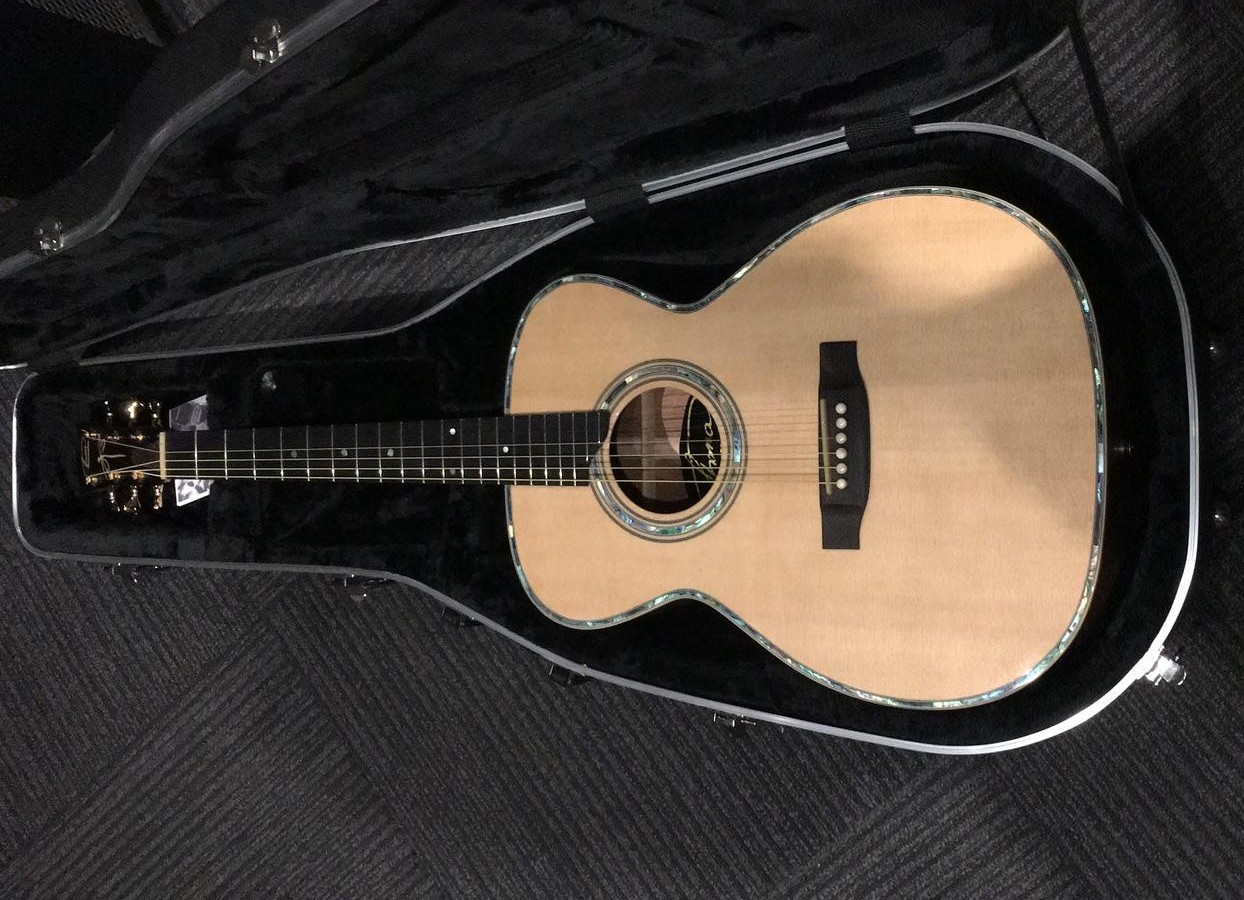